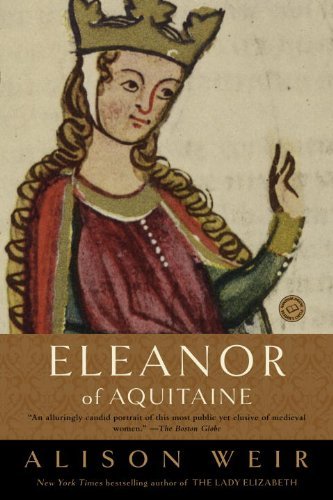 We’ve begun really nailing down plans for our visit to the Loire Valley in April. Along with researching accommodations, restaurants and transportation, I’ve picked one particular bit of the area’s history to delve into in preparation for our visit. Eleanor of Aquitaine remains a pivotal figure in history, though often a murky and maligned one. I started reading a series of essays on Eleanor of Aquitaine last week, but found that it was rather scholarly and dense (suspect a lot of these essays were post-graduate thesis papers). Maybe I’ll go back and finish it after I’ve read a more straightforward biography.

The Loire Valley (particularly Angers and Chinon) is full of Plantagenet history. Anjou was actually the family seat of Henry II who married Eleanor of Aquitaine (her second marriage…the first to Louis VII of France was annulled), and went on to become King of England along with his other titles. Henry II and Eleanor were parents of three kings of England, Young Henry (who died before assuming the throne), King Richard Lionheart and King John (the one who was forced to sign the Magna Carta in 1215). Henry II, Eleanor and Richard I are all buried in the Abbey of Fontevraud in Chinon. (I love me some French and English Middle Ages.) Eleanor herself (when not kept under house arrest by Henry II) was quite a player herself: going on crusades, starting wars, engaging in diplomacy, and ultimately holding down the fort and running things while Richard I was off on crusades himself. 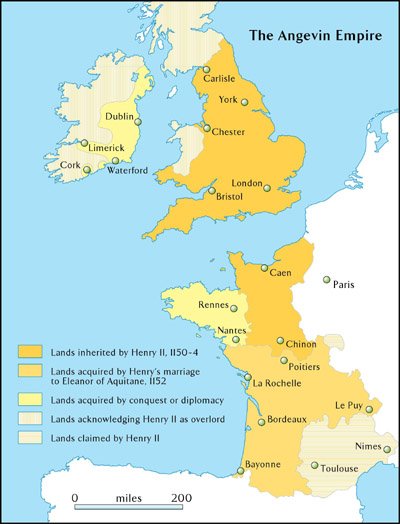 Love me some maps too!

And yes, have on my To Do list to re-watch The Lion in Winter

, which while not specifically about the Loire Valley, does pick up some French history 200 years after the era of Henry II and Eleanor.

Of course, Wendy has you covered for all of your Eleanor-related jewelry needs. If you haven’t read some of Wendy’s book club blog posts, you’re missing out. Here’s the one on Empress Mathilda, mother of Henry II and quite a badass in her own right.

What are you reading right now?