She gets too hungry,
for dinner at eight 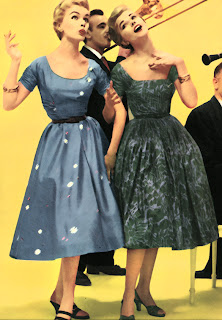 She loves the theater,
but doesnt come late
(Check!)

Thats why the lady is a tramp

Doesnt like crap games,
with barons and earls
(Heck, just put me in front of the quarter poker machine, I’m good.)

Wont go to harlem,
in ermine and pearls
(Who wears ermine anymore?)

Wont dish the dirt,
with the rest of those girls
(Well, maybe….)

Thats why the lady is a tramp

She loves the free,
fresh wind in her hair
(But those Santa Ana’s gotta go!)

She hates california,
its cold and its damp
(We only wish!)

Thats why the lady is a tramp!

Probably the least sexist song ever sung by Frank Sinatra. The way it reads to me is “this woman plays by her own rules, and conventional people slut-shame her for it.” Back in the days when popular lore dictated that Good Girls Don’t (though that’s been shown to mostly have been a myth), there were a number of things that would make a woman’s morals suspect. Being divorced, being too independent, wearing “too much” makeup or form-fitting sweaters all were cause for clucking and castigation. The same sweaters that might have raised suspicion back in the fifties seem almost modest now (or maybe it was those rocket-nosecone bras that made them seem so risqué).

My cashmere habit began many years ago on my first ski trip with my then-boyfriend-later-to-be-husband and his family. His mom loaned me a moth-eaten, navy cashmere crewneck sweater to wear as a warm layer underneath my flimsy parka. I couldn’t believe something so light could be so warm! And soft! One taste, and I was hooked.

I’ve purchased several cashmere sweaters over the years of varying quality and price. While some might be more stylish, you can’t beat Land’s End cashmere pieces for a good quality/price ratio. Like all of their clothes, the workmanship is quite good, and their cashmere is soft 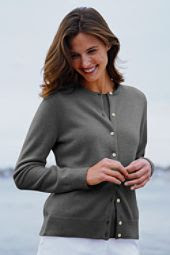 , but sturdy and doesn’t pill or look shabby after several wearings.

This cashmere cardigan in heather grey is one I wear quite frequently during the cooler months. The styling is classic, it goes with everything, and was a go-to layering piece for a majority of our Paris trip. 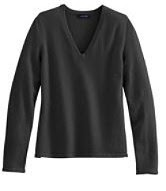 One of my favorite styles is a V-neck. I recently realized I didn’t have one in a neutral color, and just ordered this one in black. 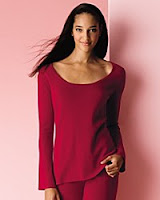 Bloomingdale’s Sutton Studio line also offers some nice styles and colors, and if you can hold out until they go on sale in January, you can get some fantastic bargains.
Tunic, $169. 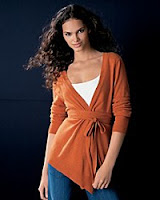