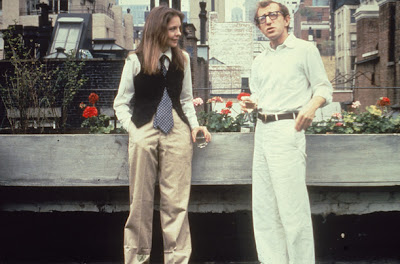 Even before Diane Keaton as Annie Hall launched a thousand baggy menswear looks, une femme was a fan of androgynous style. Growing up I loved watching old movies on TV, not the least for the clothes/costumes; I particularly loved the fluid trousers and crisp shirts worn by Katherine Hepburn, 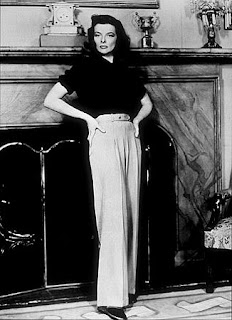 and the unfettered, intellectual style exemplified by Audrey Hepburn.

In the 80’s the androgynous look found its heyday again, influenced by Annie Hall, Annie Lennox, 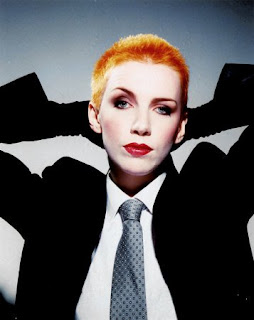 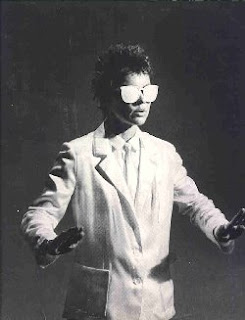 Androgynous dressing has always appealed to me. I don’t know if it’s because girls’ clothes were so uncomfortable when I was little with their tight collars and stiff petticoats, or because my mother tried to instill in us the stultifying femininity of the 1950’s, or because my childhood passion (horseback riding) became associated with boots and jeans, but I’ve never felt at home in uber girly-girl garb. When I was thirteen, our middle school finally relented and allowed girls to wear pants. I showed up at school almost every day in my embroidered Mexican peasant blouse and corduroy trousers with my boys’ desert boots and felt myself in my clothes for the first time. In my twenties I wore baggy oversized blazers, pleated trousers, ties. I enjoyed how wearing masculine garb felt subversive, powerful. Over time I also realized that a full-on Annie Hall/Annie Lennox/Laurie Anderson menswear look requires a boyish figure to pull off without looking like a Mack truck.

In the 90’s, I graduated to tailored pantsuits for work, but lately that look has felt too structured and boxy for me. Though currently I’m feeling more comfortable (physically and emotionally) in moderately feminine styles that have some fluidity, softness and drape, or are more simple, clean and Audrey-inspired (see above), I still enjoy including a masculine element or two like a bigger watch or chunky boots to add some edge and satisfy my subversive streak. I also would probably not pass up an oversized “boyfriend” blazer if the right one were to cross my path. I’ve read and observed that mixing feminine and masculine styles is a hallmark of French chic, a way to keep one’s look from becoming to staid and predictable.

Where on the femme-homme style continuum to you tend to reside?