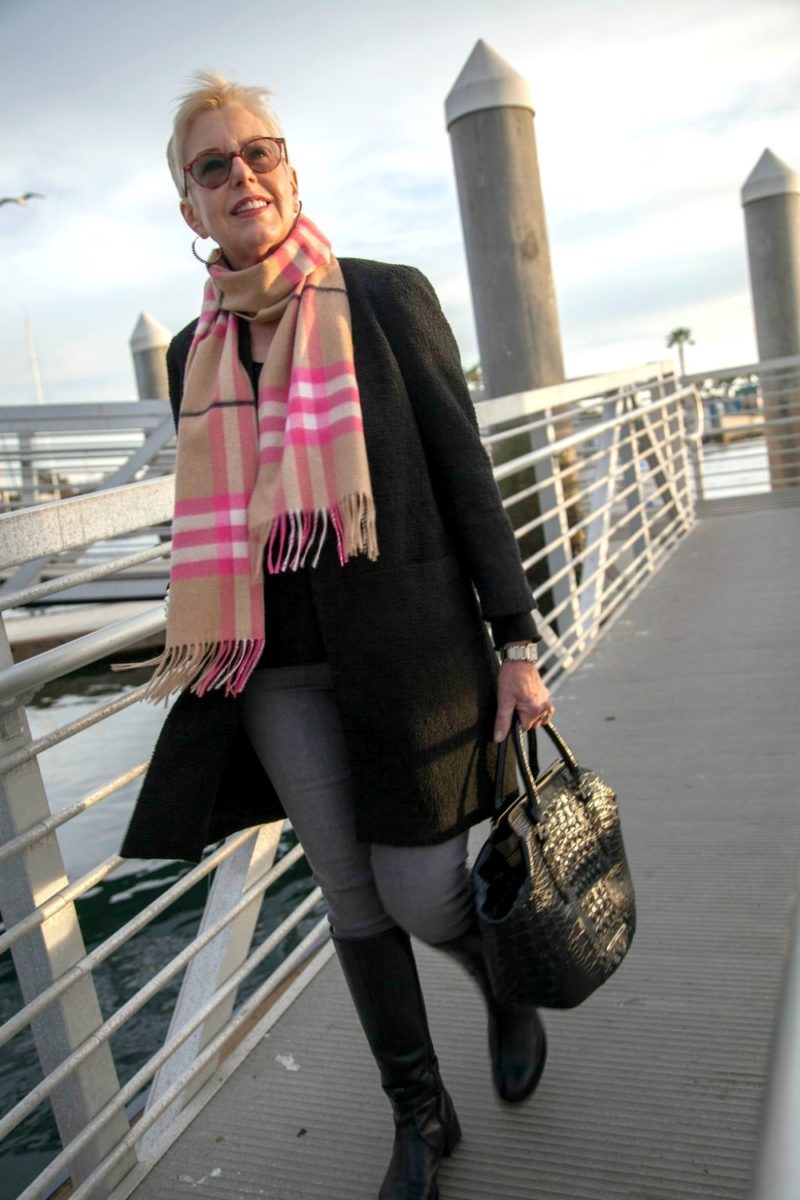 No, we can’t really complain compared to other parts of the country, but it’s been really chilly and windy here the past week. I said to a friend recently that a breezy 50F in LA feels colder than 30F in Colorado.

These photos were actually taken a few weeks ago, but I’ve been wearing that cashmere scarf on repeat the past few days. This was the one that Karen and I were both so taken with at the Burberry boutique back in January. I have to say, I went “off” Burberry a few years ago, but lately some of the pieces (especially scarves) have charmed me again. I love the lighter, brighter colors of this one. 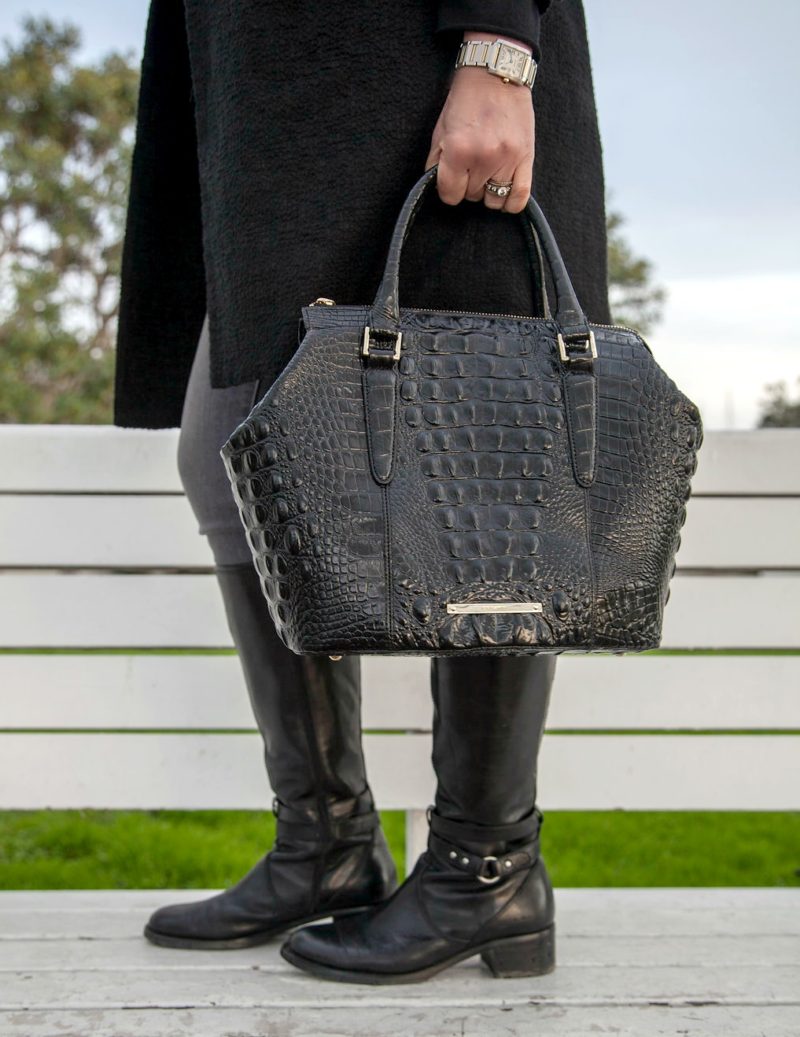 This Brahmin bag is one that I picked up during the Nordstrom Anniversary Sale a few years ago. I have a renewed appreciation for these bags and have been working them into rotation more often. The boots are from Etienne Aigner and probably 10 years old now. I keep looking for replacements/upgrades, but haven’t yet found any that I like as well. 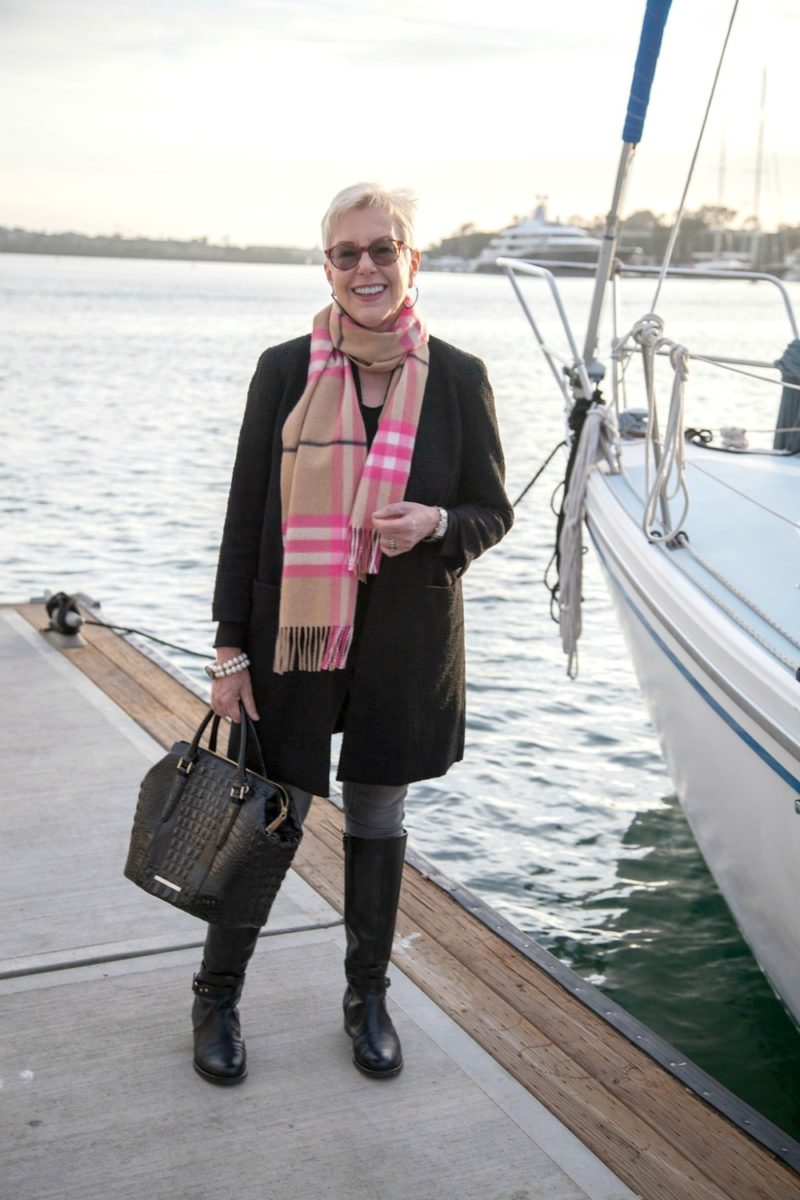 Admiring a visiting sailboat. No, they didn’t invite us aboard. That’s my favorite pearl bracelet from French Kande.

…that will transition to Spring.