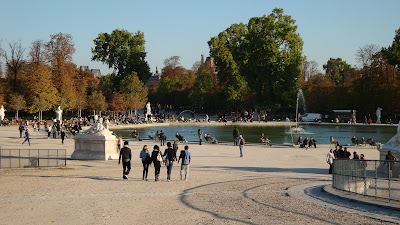 When it comes to les pantalons, denim continues to dominate, whether blue, black, grey or tan.

Skinny jeans, either tucked into boots or worn with ballet flats are still popular, but by no means the only style seen. Many women I spied, including les femmes d’un certain age, are wearing rolled or cropped pants (the better to showcase those great boots and shoes!). 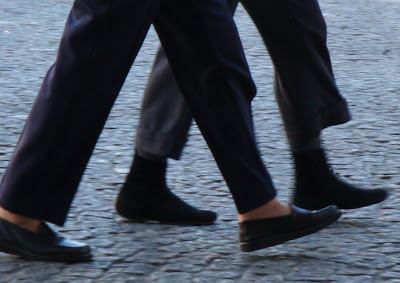 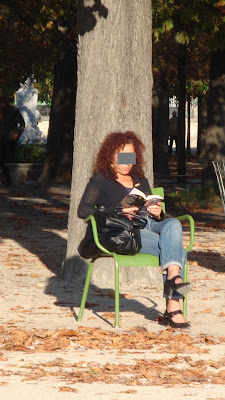 Sometimes it’s just a single, shallow roll, rather than the Full Boyfriend. 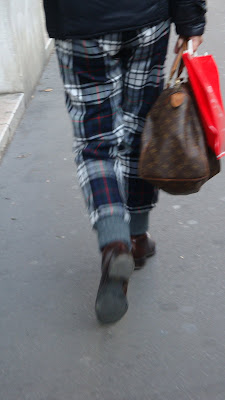 The woman wearing these pants was in her 60’s and fabulous! Cropped silver hair, chic ensemble, and walking at such a fast clip with her friends that I had to follow her for several blocks to get a good shot of these pants.
Wide legged, cuffed trousers are also seen, worn at traditional lengths on women of all ages. (See yesterday’s post, picture with Red Bag Woman or the second woman in the patterned coat for a typical examples.) Among the younger women, I spotted a few in baggy denim jeans/pants. What I didn’t see were the very distressed or ripped denim jeans that seem to be having a heyday in LA. 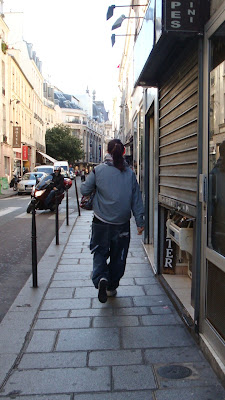 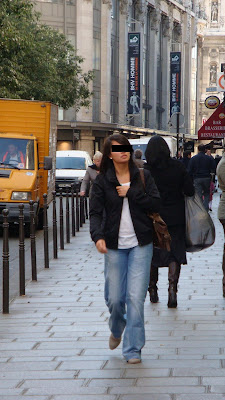 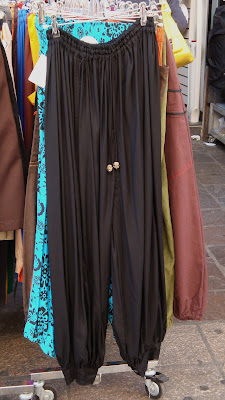 One sees pants like these above, or M.C. Hammer-esque harem pants only very occasionally. The wearers appeared to be of a more artistic bent, and it does not appear that this style has made it into the mainstream, yet. Or perhaps cooler weather has consigned them to the back of armoires for the moment.

Capturing good scarf pictures was challenging, as almost everyone was wearing sweaters/coats over their scarves, due to the cool weather. However… 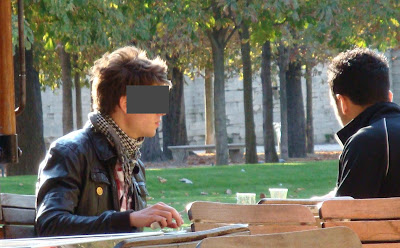 Les hommes are just as versed in les foulards as les femmes. 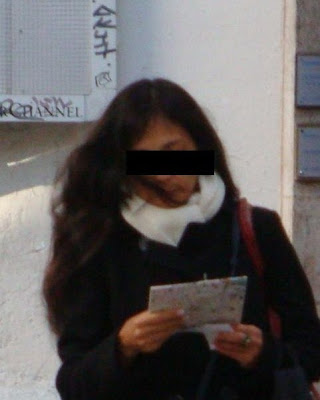 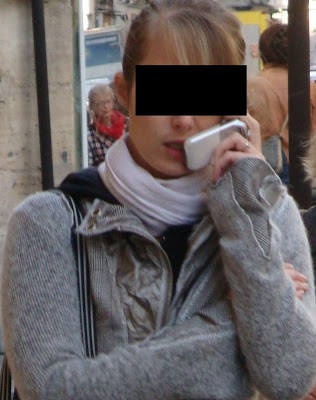 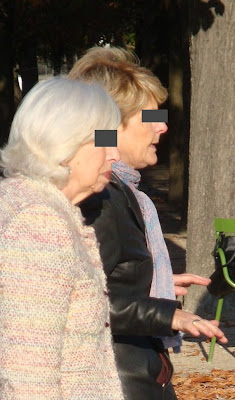 One sees every conceivable type of scarf worn, but the oblong or shawl versions wrapped several times around the neck (ends either loose or pulled up in a half-knot, which I’ll show you later with one of mine) were what I observed most frequently. Much to my chagrin, I did notice that the only other women wearing Hermès carrés were quite a bit older and very conservatively dressed. When it comes to silk squares, one sees few if any fancy knots or ties; scarves are usually draped around the shoulders either over or under a coat or jacket, and loosely tied with a single knot, or worn loosely Ascot-style.