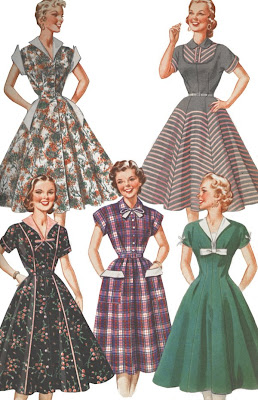 Having been on many diets in my younger days, I know the trap of the “deprivation effect.” We deprive ourselves of what we really want, and end up eating an entire package of caramel rice cakes instead of the piece of chocolate that would have satisfied the craving. Likewise, sometimes we “spend around” that thing that we really want: instead of that $300 pair of boots that we LOVE, we buy the $100 substitute, and feeling vaguely unsatisfied, proceed to buy a bag and a sweater from the final clearance table, ultimately leaving the store still having spent the $300. We pass up the $100 eye cream and spend $100 on random makeup. When that deprivation effect gets triggered, all we can think of is more, or the next thing. 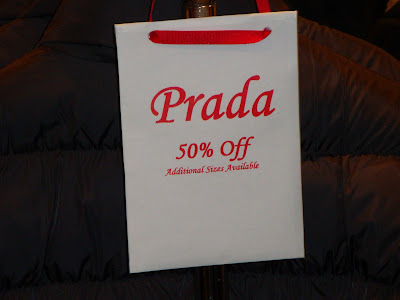 Another manifestation of the deprivation effect making it tough to curtail spending are all of the discounts out there right now. There’s a part of me that worries that if I don’t grab two pair of those lightweight wool trousers in my size at 30% off RIGHT NOW, that I’ll never find anything as good (at as good a price) ever again. Yes, I am a fear-based shopper.

The antidote for this is to cultivate a feeling of abundance. Abundance, not in the sense of having a large quantity of stuff, but of having exactly what we need. In fact, having too much can get in the way. Doing my closet purge a few months ago actually increased my sense of abundance, because instead of looking at a whole lot of “not quite” I had a clearer view of the “just right.”

Also contributing to our sense of abundance are the non-material things that make our lives more satisfying. Time is a big one for me: time to relax, read a book, visit with friends, sit on the front porch and watch the birds, work in the garden. When our lives feel overwhelming and out of balance, we sometimes rely too much on Retail Therapy to provide that satisfaction. The things we buy never quite scratch that itch; we get the immediate gratification, but not much more.

Cultivating an attitude of abundance makes it easer to be more discriminating. Do I love it or just like it? Yes, it’s my color, but don’t I already have something similar? Do I really notice that much difference between the $25 neck cream and the $125 neck cream? The trick seems to be to find areas where one can scrimp that don’t trigger the feelings of deprivation, and save the splurges for where they will provide the most satisfaction. Right now, I’m fine to pass on salon manicures, spa facials, fancy meals out, designer handbags or Hermès scarves. I’m test driving some less expensive face creams (jury still out) and have scaled back to single-process hair color. I’m holding the line on purchasing any more clothing or shoes right now, as I have plenty for the current season, which will mostly last (within a 10-15F range) until June. But I need my good coffee, my Chanel lipgloss and my Anthelios sunscreen.