Mad Men is back, on the heels of its 16 Emmy Nominations, including one for Best Drama Series. Season 2 picks up two years later in 1962, and the first episode features actual footage from Jackie Kennedy’s televised Valentine’s Day White House tour (which you can watch in its entirety here.) 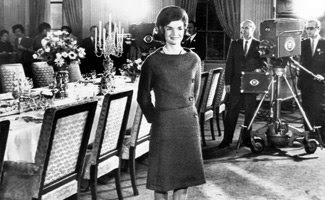 The show’s 60’s era styles have garnered much attention in the fashion press, mostly for the form-fitting “ladylike” dresses worn by the women in the office. 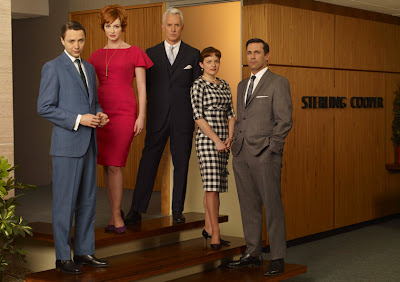 (“Sixties” style in retrospect is often associated with hippie/bohemian fashions, but we tend to forget that the more buttoned down look as in the picture above was the norm for most people until almost the end of that decade.)

While I love the nostalgia factor of the dresses, I haven’t forgotten the torturous underpinnings required to create those smooth lines. However there were a couple of looks from the Season 2 premiere I would happily emulate. The first was Betty Drapers’ fabulous equestrienne ensemble. 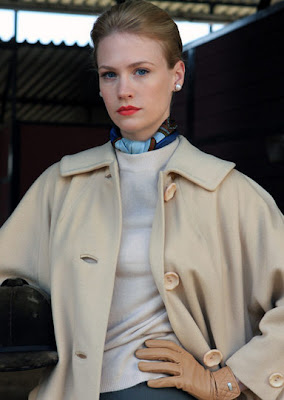 Look at her! Not a splash or mud or drop of horse snot anywhere! Look at that scarf! I’ve mentioned before that having grown up with horses, I’m a sucker for any kind of equestrian look. This is so over-the-top classy that I just about fainted. Someone, please-for-the-love-of-God tell me where I can find that cashmere (I’m assuming) jacket! Why can’t I look like that when I hit the trail? 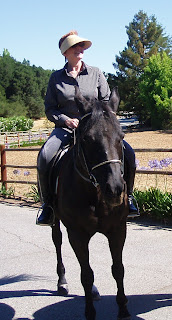 The other ensemble that totally wowed me was what Betty’s friend Francine was wearing in this scene: 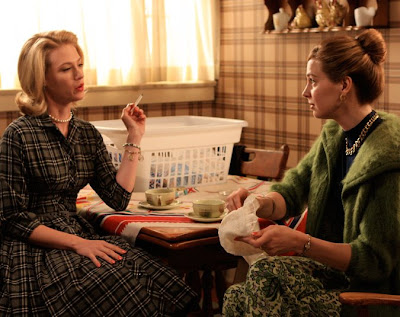 I would kill for that jacket. In fact, I’d wear the whole outfit exactly as shown here, print pants and all. I’m lighting incense to the Clothing Gods in hopes they see fit to put something like this in my path.

More Mad Men Style to follow after next week’s episode!

Susan Blakey on Instagram
Follow Susan
@susan_unefemme
A breezy, lightweight print top is one of my go-to

Whether you call it Coastal Grandmother, Coastal C

Some days it’s just all about the accessories…