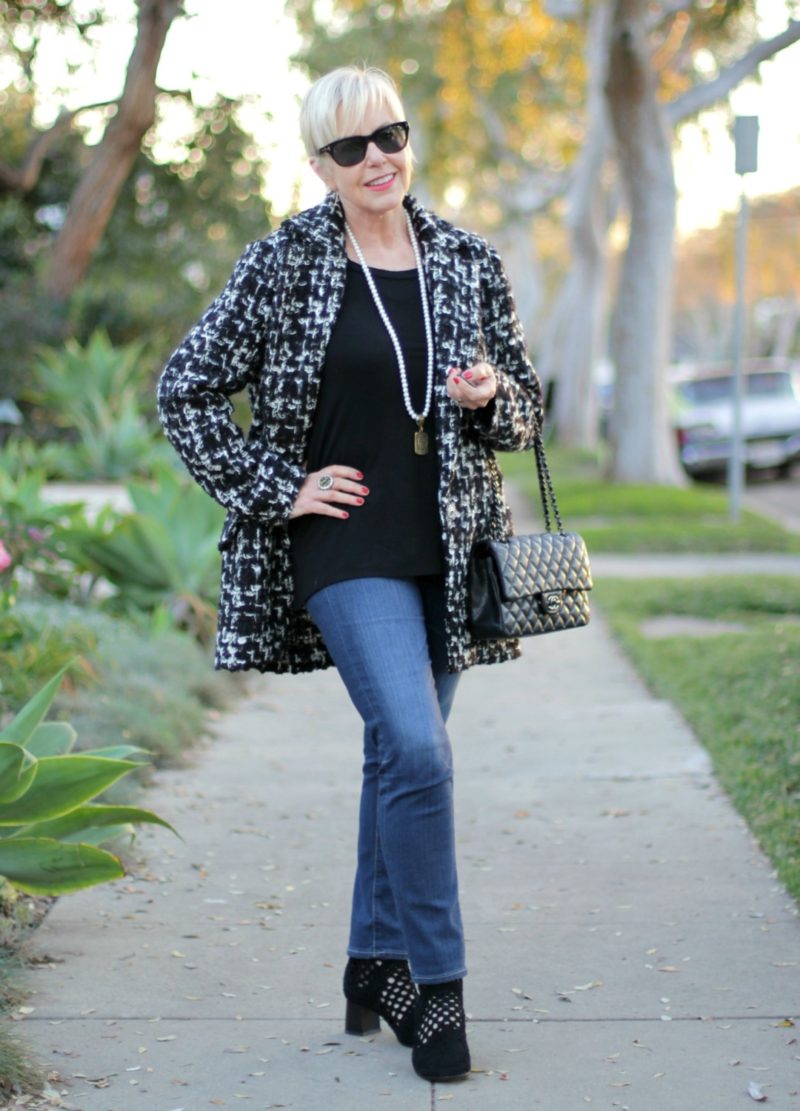 So yes, I’m sneaking in another outfit post before the end of the year, mainly because I wanted to show you this jacket while it was still available online. I still want to play with the styling a bit, and will share updated efforts later.

Ever since the aughts, when the Fashion People discovered the High-Low Mix and started wearing their Chanel jackets and pearls with jeans, I’ve liked that look and have been trying to find a bouclé tweed jacket. But almost everything I tried skewed too fusty, staid, matronly. Either the cut wasn’t right for me, or the fabric wasn’t to my liking. When I was in Paris earlier this month, I spied this cheeky, in-your-face bouclé fabric on the rack at Le Bon Marché. The jacket was from IRO, and the last one in stock. I tried it on and loved the style (both the longer length and the fact that it was unlined, so light enough to wear half the year in our LA climate), but felt the size 34 was just borderline too small. Besides, I’d just purchased the leopard coat right before my trip. I hemmed and hawed and wandered around the store for a while, and ultimately decided to pass on it. On the flight home, my “non-buyer’s remorse” kicked in. 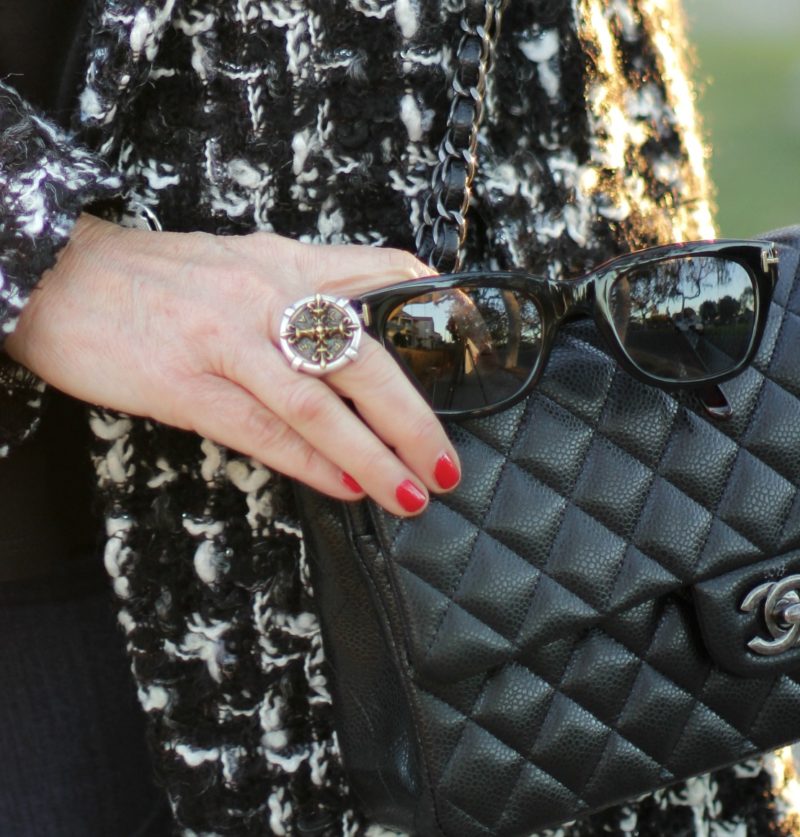 Then on Monday, we happened to walk by the IRO boutique in Beverly Hills. I looked on the racks and saw a shorter jacket in the same fabric, but not this one. I asked the Sales Associate if they had the longer version, and she said they had one left in the back. It was a size 36 (one size up from what I’d tried in Paris) AND was 50% off! This time I didn’t walk away without it. 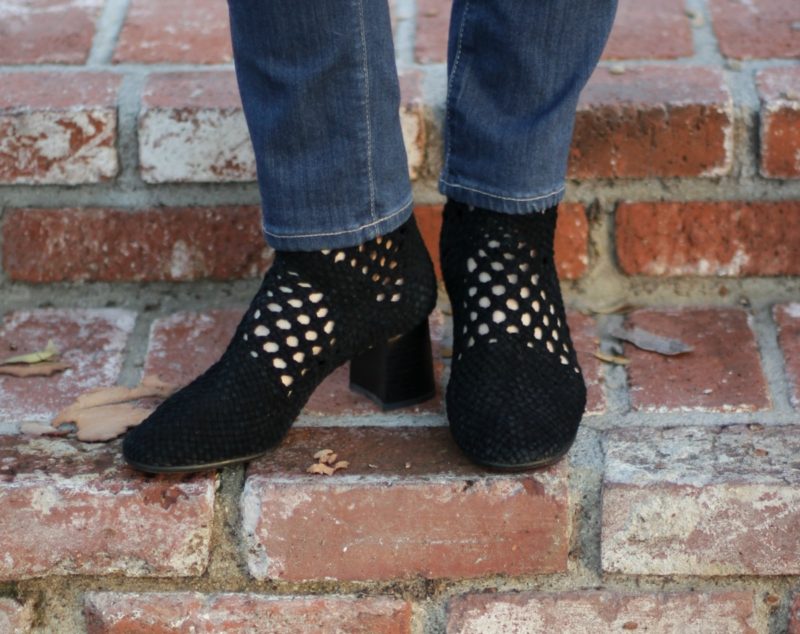 I bought these Sandro boots in Paris this summer, discounted during les soldes. We’ve had a few warmer days this week, so it was fun to break them out again. 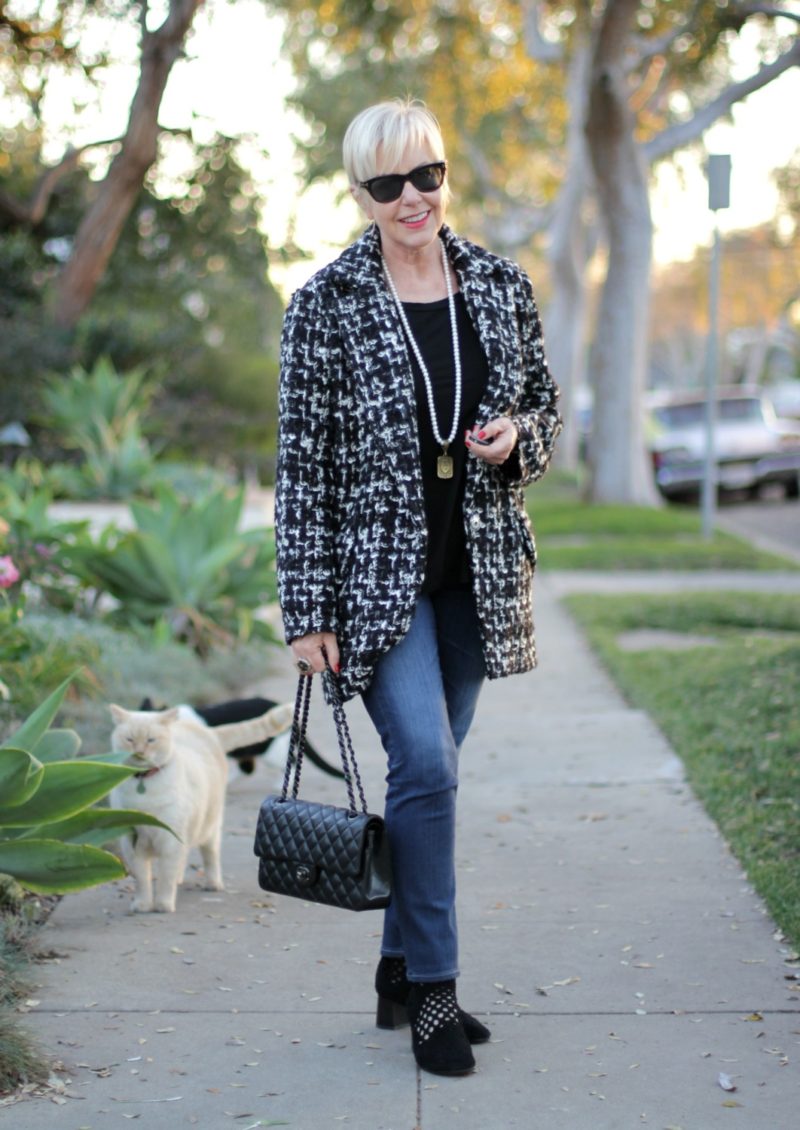 While I was snapping away, Lars and his little buddy decided to investigate. 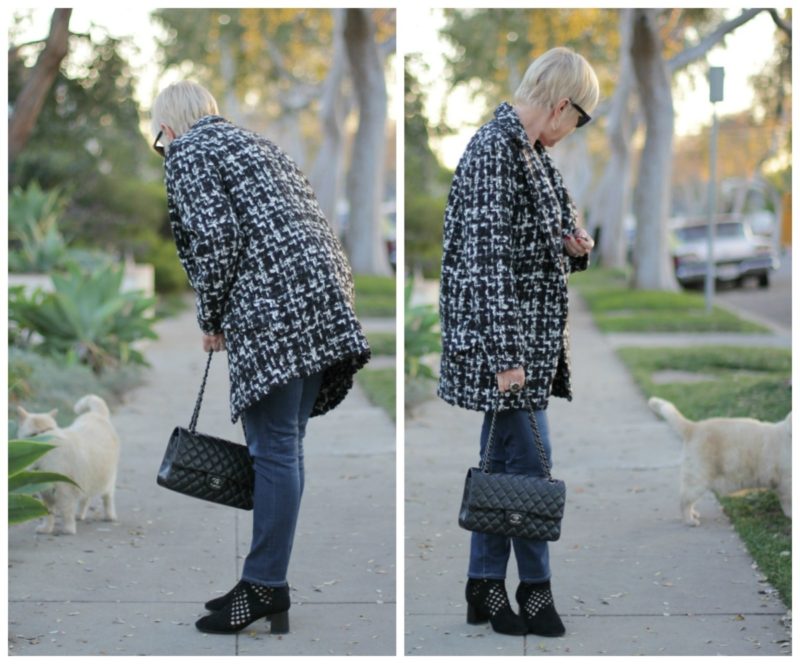 I tried to cajole Lars to pose with me, but he decided to be coy.

Do you have a tweed jacket in your wardrobe? How do you like to style it?

The Need For Tweed…

A Little TLC For …

Your Favorites, On Sale

What I Shopped Last …

The Great Outdoors (At …