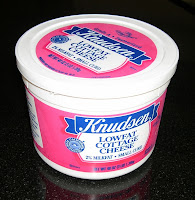 And this will be no surprise to many of you: Dieting Does Not Work, UCLA Researchers Report.

File under, Duh! “You can initially lose 5 to 10 percent of your weight on any number of diets, but then the weight comes back,” said Traci Mann, UCLA associate professor of psychology and lead author of the study. “We found that the majority of people regained all the weight, plus more. Sustained weight loss was found only in a small minority of participants, while complete weight regain was found in the majority. Diets do not lead to sustained weight loss or health benefits for the majority of people.”

“What happens to people on diets in the long run?” Mann asked. “Would they have been better off to not go on a diet at all? We decided to dig up and analyze every study that followed people on diets for two to five years. We concluded most of them would have been better off not going on the diet at all. Their weight would be pretty much the same, and their bodies would not suffer the wear and tear from losing weight and gaining it all back.”

People on diets typically lose 5 to 10 percent of their starting weight in the first six months, the researchers found. However, at least one-third to two-thirds of people on diets regain more weight than they lost within four or five years, and the true number may well be significantly higher, they said.

“Several studies indicate that dieting is actually a consistent predictor of future weight gain,” said Janet Tomiyama, a UCLA graduate student of psychology and co-author of the study. One study found that both men and women who participated in formal weight-loss programs gained significantly more weight over a two-year period than those who had not participated in a weight-loss program, she said.

Well whaddaya know? Turns out those of us who have been saying this for years weren’t hallucinating (or “lying to ourselves”) after all!

And of course Weight Watchers and Jenny Craig and all of those other DIET companies out there are going to counter with “Oh, but we’re not a diet, we’re a LIFESTYLE program!” Don’t believe it for even a nanosecond.

Welcome! Click here for more about me and why I've been blogging since 2007.