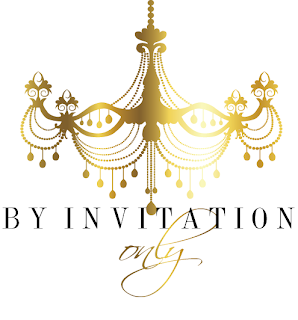 “By Invitation Only” is an international group of bloggers who share on a monthly basis their unique perspectives on a topic. This month’s By Invitation Only theme is “our greatest challenge” and how it’s changed us.

“Challenged.” It’s a way of describing those who may live with physical and/or mental disabilities. It’s become a term that we often use jokingly. “I’m Fashion Challenged.”  “I’m Checkbook-Balancing Challenged.” I’ve used it jokingly myself.

I’d always assumed that raising a child would be my biggest challenge, but had no idea I’d be raising a “challenged” child. Due to an undetected problem late in my pregnancy, our son was severely deprived of oxygen in utero, resulting in what is medically referred to as Traumatic Brain Injury. In his case, it means that he has mild cerebral palsy, some moderate hearing loss, impaired fine motor skills, seizure disorder (thankfully well controlled with medication) and at the age of 15 still functions emotionally, intellectually and cognitively at about a 3-year-old level. His challenges (and ours) have changed over time. Early on, it was about fighting with our insurance company to cover the intensive physical therapy he needed to develop the gross motor skills that allowed him to sit up and eventually walk. Potty training took over a decade. Now, we’re dealing with teenager behavioral stuff: willfulness, aggression, learning to control impulses. There are weeks when my arms are covered with bruises from where he’s grabbed and pinched me during a sudden fit of anger.

But he’s a sweet kid. He gets as much enjoyment from a ride on the kiddie train at the mall as he does from a day at Disneyland. He wants to learn, and is often asking us “what’s it say” when he sees a sign or printed words on a screen. He takes pride in his accomplishments like brushing his teeth or completing a simple puzzle or dressing himself or counting to thirty. As I type this, he’s contentedly watching Sesame Street.

I’m not proud to admit this, but I used to be uncomfortable around people with obvious mental disabilities. When I was growing up, people who were mentally retarded or otherwise challenged were hidden away. What we don’t know, we tend to fear. Now there’s much more effort to integrate them into the community beginning with public schools, and programs like Special Olympics give us an opportunity to interact positively with those who are cognitively challenged. Raising a child with severe mental retardation has taught me to see the person rather than just the disability. It’s taught me that experiences and quality of life rather than accomplishments are what matter. It’s taught me that sometimes we can do everything “right” but that life can throw any of us a curve ball. It’s taught me that will and determination can sometimes overcome limitations. It’s taught me that I have reserves of patience and toughness light years beyond what I’d ever imagined. It’s taught me to let go of expectations and guilt, and just do the best I can under the circumstances.

(I want to apologize if I’ve used any words or terms that offend, but these are all words that have been used by professionals who work with our son.)

Go see what the rest of the By Invitation Only bloggers have to say about their biggest challenges here, at Splenderosa.
~