It’s so good to be back in Paris! The city feels like an old friend, familiar and welcoming, even though we saw some new sides of her yesterday. 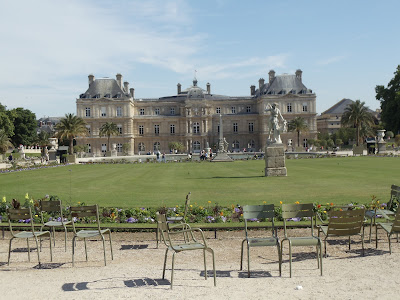 After a light breakfast of coffee and croissants (nobody makes them like the French, nobody!!) we took a brief stroll around the Jardin du Luxembourg, dodging hordes of joggers at every turn. 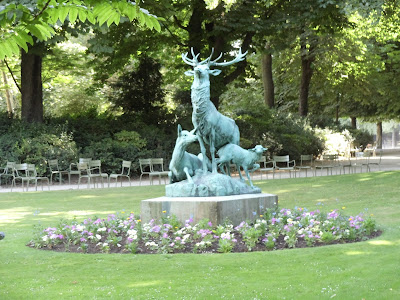 Still, it’s a beautiful and peaceful place early on a Sunday morning.

After that, it was off to the 11th to meet up with Karen, who has lived and worked in Paris for many years.  She suggested a walk to the Père Lachaise cemetery before lunch, and as we hadn’t yet been there, it sounded like a great idea. 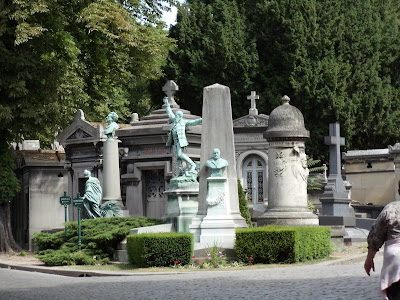 We visited the grave of Abelard and Heloise, 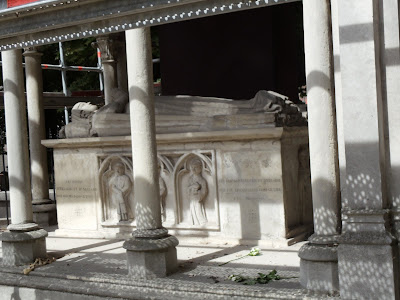 and of course, Jim Morrison. 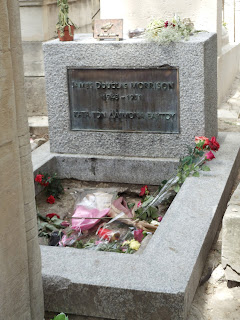 After a lovely brunch at le fee verte (sans absinthe), Karen suggested we visit the Marché des Puces at Cligancourt and offered to go along to show us around.  We’d never been there either, and jumped on the opportunity for a guided tour from a local. There’s definitely a trick to it. When you come out of the metro, you’re in an area that’s a bit dodgy, with guys aggressively hawking counterfeit designer bags and sunglasses along the sidewalk. You run that gauntlet, then pass by an area that looks like what you’d think of as an outdoor flea market, but it still mostly cheap, mass-produced crap.  Go another couple of blocks, and then on the street to the left is the real deal. A mixture of mazes of outdoor stalls and indoor permanent buildings, the Marché des Puces is an incredible and random mix of junk, real (and expensive) antiques, posters, old magazines (I was particularly tempted by a 1955 French Elle in very good condition) and various odd parts, like watch faces and these dolls’ eyes:

I would’ve taken more pictures of the interesting merchandise, but most vendors prohibit photography. Still, I surreptitiously snapped one more: 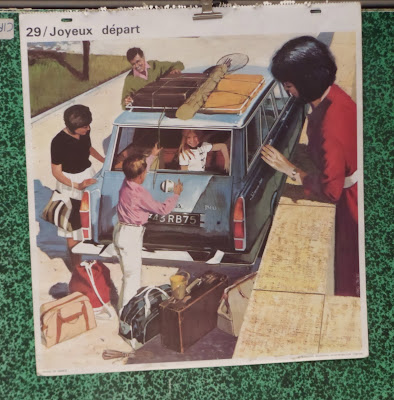 According to Karen, June 29 is when schools here traditionally let out for the summer, and family holidays commence. One could definitely spend all day just exploring the MdP, and after a couple of hours we’d seen probably only a third or less. But the day was wearing on and getting rather hot, and now that we know how to get there and where to go, we’ll definitely plan a few more hours here on a future visit. We’ll also plan to have lunch at the Espace Django Reinhardt and listen to some of the fabulous live guitar music.

Karen was such a lovely hostess, and thanks to her we were able to see two bits of Paris that we probably wouldn’t have visited on our own.

Today (Monday) we’re off the the Musée des Moyen Ages in the morning, and then this afternoon I’m meeting up with Tish (!!!!) of A Femme d’un Certain Age to do a bit of shopping. I can hardly wait!
~