Finally! It’s taken a little over 9 months, but I finally have my “permanent” front tooth, and my smile back!

For those who may not have seen my earlier posts, here’s the story: when I was a kid, one of my permanent canine teeth didn’t come down where it should have. It had “gone rogue,” migrating toward the front of my mouth and damaging the root of one of my front teeth. (Oral surgery at age 13 removed the wayward canine tooth, and braces moved the remaining teeth forward to fill in the gap.) Fast forward 40 years…after looking at my x-rays my dentist was astounded that I’d held onto the front tooth as long as I had, but predicted I probably wouldn’t be able to keep it much longer.

I hung in there for another 8 years, until what was left of the root and surrounding bone began to separate, and the tooth became abscessed. (It wasn’t painful, as the nerve had been destroyed by the wandering canine tooth.) I had the front tooth pulled in August, had the implant placed in November, and received the go-ahead in late March to have the crown added. Since August, I’ve worn a removable temporary tooth that was on a retainer-like device. 😝 Last week I finally had the crown placed, and after a couple of minor adjustments, I’m thrilled with the final result.

So first, let’s get Game of Thrones out of the way. This season has definitely had its high points (Arya!!!) but for the most part has felt rushed and sloppy (hello, Starbuck’s cup…) as they try to tie up SO MANY loose ends. Regarding Dany’s latest turn for the worse, I can’t say that I’m surprised (she always did have a Messianic bent), but I think they could have done a much better job with developing this aspect of her character so that this part of the arc makes more sense.

We’ve really been enjoying Gentleman Jack. It’s based on a true story and coded diaries of Anne Lister, who moved back to Halifax in 1832 to help revive her family estate. She’s whip smart, worldly, confident, and “prefers the ladies,” as one elderly relative puts it. She’s also more than a bit mercenary, setting her eye on a wealthy younger heiress whose fortunes could be helpful in her plans. Costumes are wonderful, as are scenes of the English countryside. The performances are superb, and the writing very witty and engaging.

We’ve watched the first couple episodes of Chernobyl, which is also compelling but in a more horrific way. Emily Watson plays Ulana Khomyuk, a nuclear physicist (composite character?) who in the second episode prevents the disaster from being much, much worse than it was. More on this one later.

Wearing What Makes Me Happy 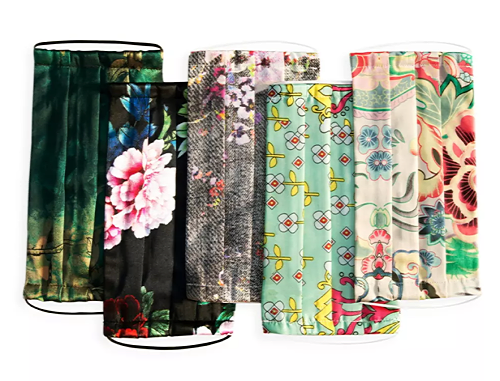