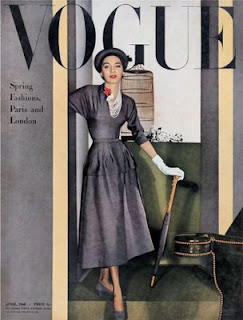 Unless you count a couple pairs of shoes and a few handbags, there’s nothing in une femme’s closet that could by any stretch of the imagination qualify as “designer.” Sure, I have items from some of the mass produced lines from Ralph Lauren and Michael Kors, but nothing that couldn’t be found at the local Macy’s. Even though I could probably afford the odd designer garment these days, I’ve never thought I had the right body (too short and curvy) or the lifestyle to justify it. With a 10-year-old child, two long-haired dogs, a car that lives outside and only gets washed maybe three times a year, a job that sometimes requires rooting around in dusty storage areas, and hand-eye coordination that is at times less than stellar, I’ve never really considered purchasing any designer clothing, with two exceptions.

The first is an Hermés scarf. Since I’ve really started wearing scarves on a regular basis in the last year, I’ve decided that the right one would definitely add a bit of panache. I may actually pick one up early next year.

The second (don’t laugh) is a classic Chanel jacket. Every few months I think about actually searching for one, then the urge seems to subside for a while. But I’d really prefer a vintage version to any of the current iterations I’ve seen recently, and that’s going to take some work to find. I may just have to admire them from afar for a few more years.

What’s your take on designer clothing? Worth the price or a big waste? Any designers that you’ve found to be more wearable than others?