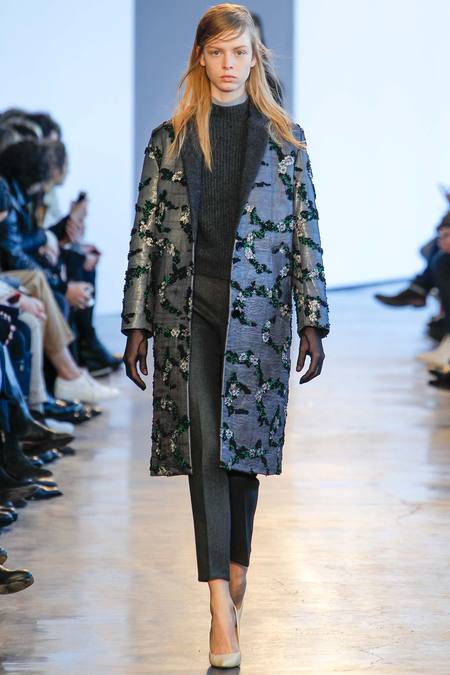 I’ll admit, I haven’t paid much attention in recent seasons to Fashion Weeks or what designers are sending down the runways. But lots of interesting looks have been popping up on Pinterest from NYFW for Fall/Winter 2014, which prompted me to browse through several designers’ collections. After all, some of these trends will filter down to us lowly mortals, as Miranda Priestly schools us all in “The Devil Wears Prada,” 😉

‘This… stuff’? Oh. Okay. I see. You think this has nothing to do with you. You go to your closet and you select… I don’t know… that lumpy blue sweater, for instance because you’re trying to tell the world that you take yourself too seriously to care about what you put on your back. But what you don’t know is that that sweater is not just blue, it’s not turquoise. It’s not lapis. It’s actually cerulean. And you’re also blithely unaware of the fact that in 2002, Oscar de la Renta did a collection of cerulean gowns. And then I think it was Yves Saint Laurent… wasn’t it who showed cerulean military jackets? I think we need a jacket here. And then cerulean quickly showed up in the collections of eight different designers. And then it, uh, filtered down through the department stores and then trickled on down into some tragic Casual Corner where you, no doubt, fished it out of some clearance bin. However, that blue represents millions of dollars and countless jobs and it’s sort of comical how you think that you’ve made a choice that exempts you from the fashion industry when, in fact, you’re wearing the sweater that was selected for you by the people in this room from a pile of stuff.

Well. Dictatorial and condescending fictional fashion editors aside, the designer collections are where fashion trends first sprout…whether they take hold and flourish depends on retail buyers and ultimately consumers.

The good news is that I noticed several trends across some of the more “accessible” designers or collections that could potentially translate into some very wearable styles in the next few seasons. While more than a few versions of wide, cropped trousers were spotted /-p 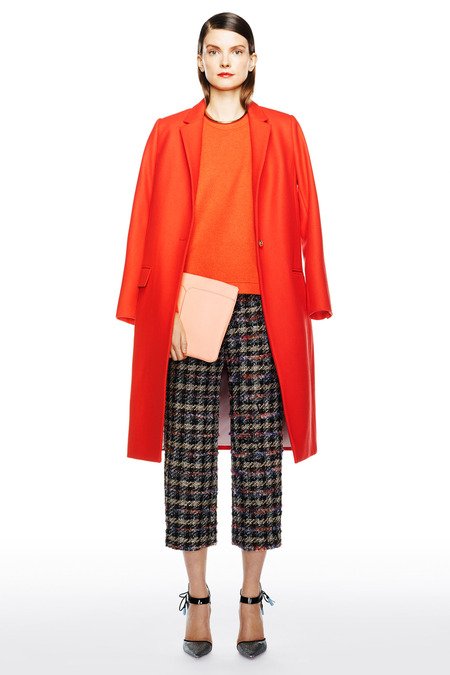 …there were also a lot of slim, full-length trousers and “long over lean” silhouettes on the runways. Also: pants that are slim (or even slightly flared) not painted-on-skinny. 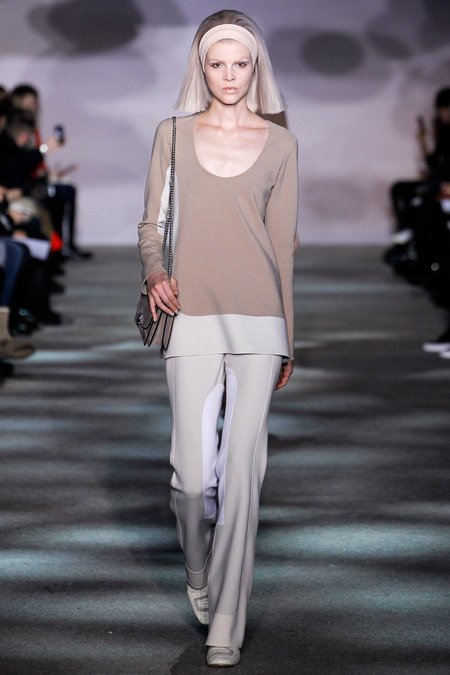 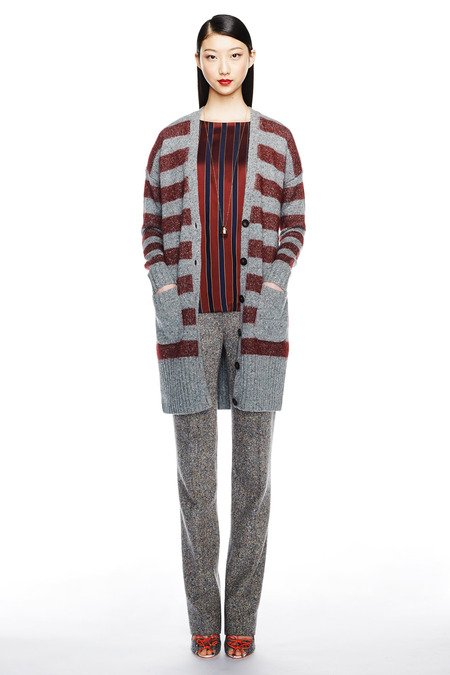 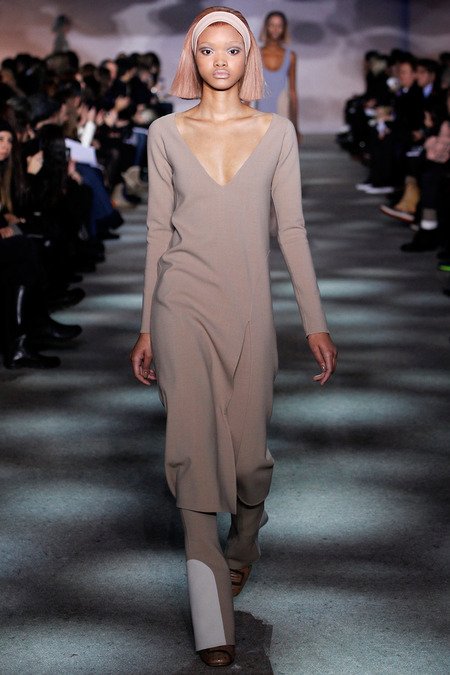 Longer, fuller skirts were another welcome trend for those who have been frustrated by several seasons of shorter-than-short lengths. 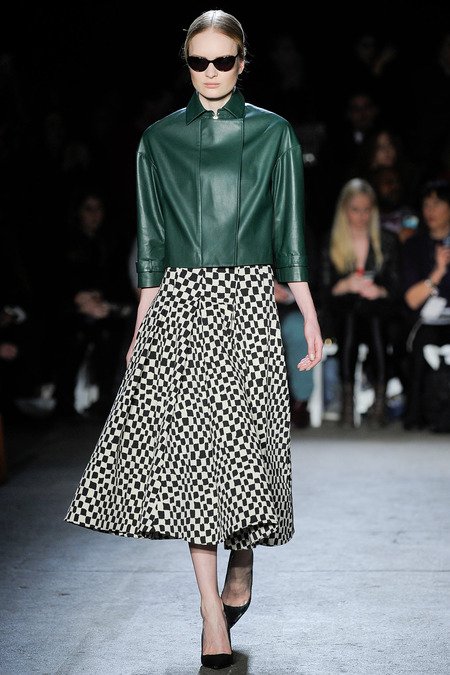 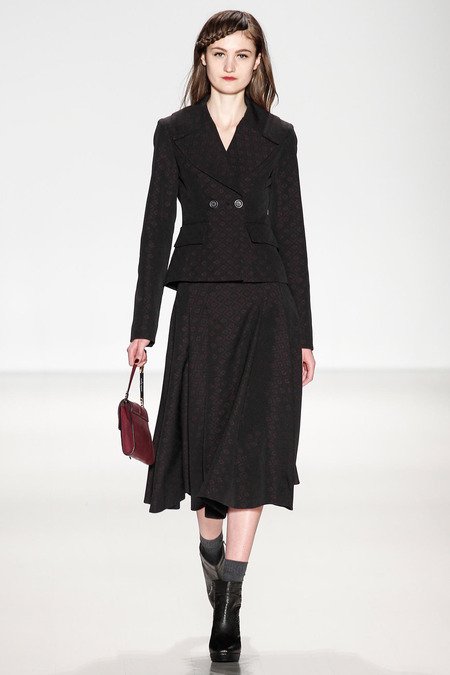 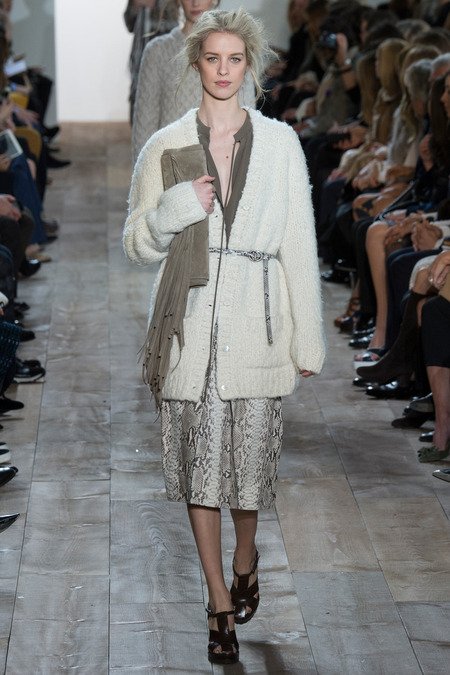 When you look at runway images, try not to get too hung up on the overall outfits or how things have been styled. Of course some outfits may look bizarre and a bit silly; the idea is to get attention in an environment over-saturated with images. 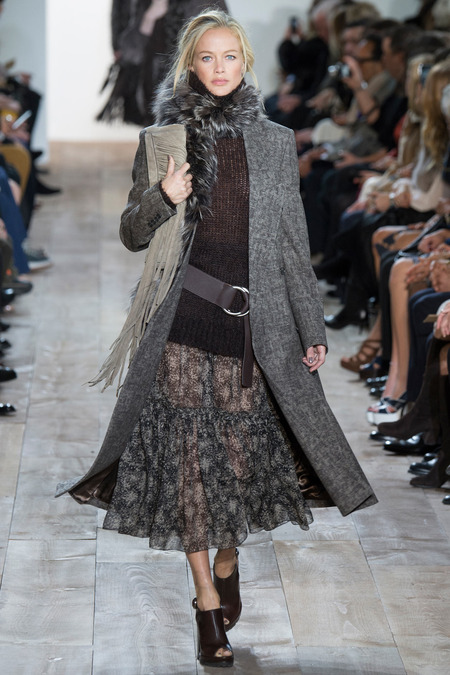 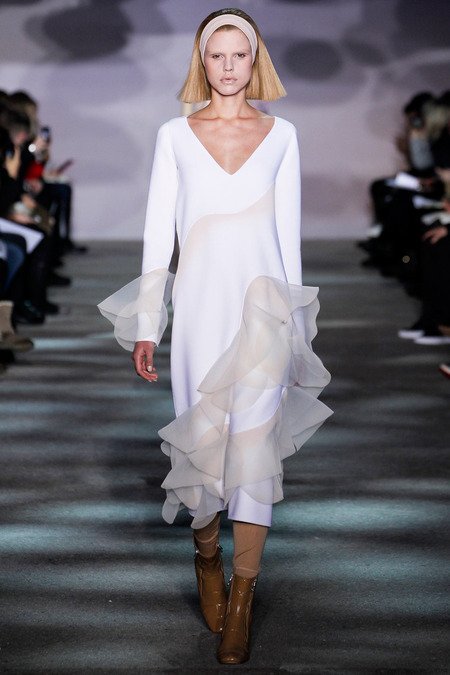 It will be interesting to see if or how any of these filter down to retail. All of the collections shown at various fashion weeks are available here at Style.com, which is where all of the pictures above were sourced.

Do you follow Fashion Weeks or designer collections? Were there any trends in recent collections that you would like to see on the racks? 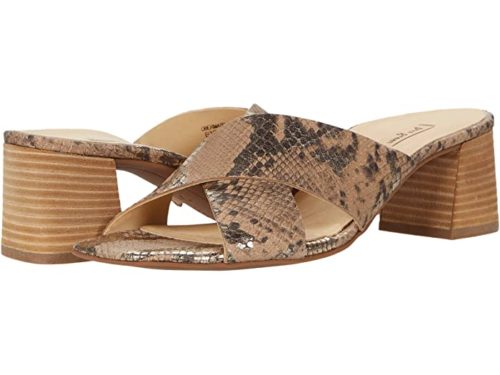 From Flat Lay To …

Aging Gracefully In The …