Thinking About: How Style Baggage Holds Us Back 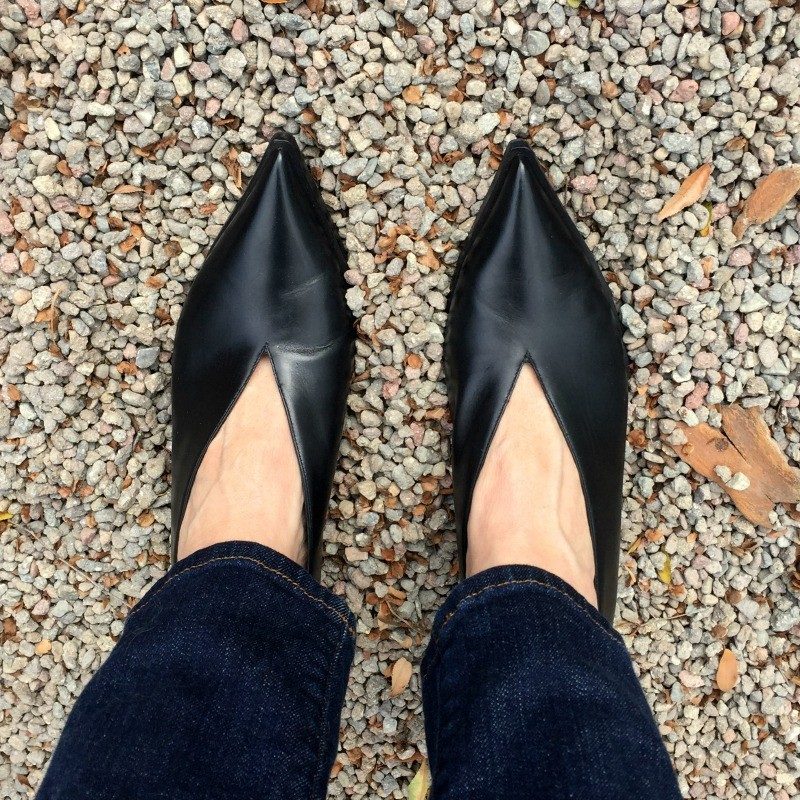 What The Heck Is Style Baggage??

I think of style baggage as a set of beliefs and attitudes that sometimes hold us back from dressing and visually expressing ourselves as we’d like. Women of our generation were often raised to conform and be people-pleasers. We may have grown up with a myriad of rules and narrow definitions of what was considered “appropriate” to wear (and do and say and BE). Even if we rebelled along the way, some of those proscriptions may still influence our choices. One of the most powerful things about the proliferation of style blogs has been seeing so many women challenging these assumptions, and defining for themselves what works or doesn’t.

But I also think it helps to examine where some of our beliefs come from, and decide if they still are relevant. Sometimes casting light will send the ugly bugs scurrying away.

What I remember having the most impact on me was hearing my mother’s frequent refrain, “you can’t wear that…you’re too fat!” Whether it was true or not, that belief was planted very early and very deep. I picked up that the only acceptable body type was a very thin and angular one (not mine), and that clothes didn’t “look good” on any other type. (And to some degree, there’s still a lot of societal reinforcement of that wrong idea.) I learned that the main goal of choosing what to wear was to make myself look as close to that ideal as possible. Was it “slimming?” Everything else was secondary.

By the time I was in high school, my mother would sometimes make me buy clothing a size too small, thinking it would motivate me to lose weight. (Never mind that I was struggling with anorexia and then bulimia during those years.) To this day, I can’t stand wearing anything that feels constricting or binds or pinches.

I was also taught that it wasn’t appropriate to call attention to oneself. Yes, one should be well-dressed and well-groomed, but never “loud” or gaudy. Bright colors, animal prints, bold jewelry were all on the Don’t list. And that prohibition on calling attention extended to acknowledging one’s accomplishments. “Tooting your own horn” was considered ill-mannered, for the female half of the population anyway. That especially was something that held me back in my career until I learned to do it in a roundabout way. (I think it’s something that holds a lot of women back, even now. Even if we get over our reticence, many around us still are not comfortable with women who openly self-promote.)

I should add here in all fairness, I think my mother was motivated out of wanting what she believed was best for me, in an era where women had many more cultural constraints and fewer options.

And then I developed early, which brought unwanted male attention I was totally unprepared for. And made it harder to find clothes that fit without emphasizing my chest. So I’ve also never been comfortable dressing in an overtly sexual way. I felt as though there were already plenty of assumptions being made based on my body shape, and I wasn’t going to add to them.

A lot of my style comfort zones evolved around camouflaging my figure “flaws” and not calling too much attention to myself. And in that these beliefs sometimes hold me back from wearing what I’d like, I’m working to overcome them. Yet, not all of my style preferences developed from a negative.

I adore simplicity. I love black and white photography, and monochrome outfits. I admire elegance (in the sense of refinement and gracefulness, not formality). Clean, sophisticated and modern styles have always appealed to me. I love movement in my clothing, and a little bit of drama. Sumptuous fabrics that drape well are a delight. I enjoy a bit of the whimsical, and admire those who can dress with wit.

I’m still working on letting go of some of my old hangups, without losing sight of what I love. Reminding myself that my body is OK, that curves are OK. Giving myself permission to wear something that draws attention. Not saving my favorite pieces and “good stuff” for special occasions. Indulging in a bit of sartorial drama. Not apologizing for my tastes.

Above: my “witchy” shoes, as described by someone IRL. (My response, “you say that like it’s a bad thing…”) They’re Celine from last year. Found them deeply discounted back in January. Here’s a more budget-friendly style with a similar shape.

What old beliefs have you let go of in order to express yourself with style? What new, positive ones have taken their place?