Back around third grade during science class, we were introduced to the concept of body somatypes (ectomorph, mesomorph, endomorph). Though the concept of body types was originally developed in the 1940’s in part to catalog personality traits attributable to each (not surprisingly, now debunked), the somatypes are still used today to generalize basic physical traits.

I remember my eight-year-old self thinking, “aha! I’m an endomorph!” Yet despite the fact that somatypes were presented as inherited and relatively immutable, the idea that having a rounder body was indicative of basic flaws of character (weakness, greediness) also held sway, at least in my family and culture. So I spent decades trying to starve my endomorphic body into ectomorphism. Even at my thinnest, I never achieved the willowy, angular look I so coveted. At best, I achieved a smaller version of my softer, rounded self. (I remember my first boyfriend who used to pinch the “flab” around my waist, even when I weighed 99 pounds. Yes, I eventually broke up with him.)

Fast forward a few decades, and I was re-introduced to the concept of body somatypes at Imogen Lamport’s workshop in May. It turns out that ectomorphs are best suited to more structured styles, endomorphs to more soft styles, and mesomorphs will probably look best with a middling amount of structure. The hedonistic part of me has always loved and gravitated toward clothing that flows and drapes, though I’ve spend many years trying to wear more tailored, structured styles in the name of “professional” dressing, and in an attempt to emulate classic looks that have inspired me since I was a girl and first became aware of fashion. 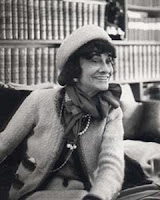 But lately those stiffer fabrics and more architectural garments just haven’t felt right, and I’ve slowly been moving toward softer silhouettes. I still need to look polished and professional for work (“professional” being much more casual than a decade ago), but cardigan sweaters have been inching out the more constructed jackets, and tees or silk jersey shells have replaced woven blouses.
Call the resulting aesthetic “Hippie Chic” or maybe “Bourgeois Bohemian,” but I really can’t see myself going back toward a more strictly tailored, structured style. Regardless of the nomenclature, I seem to be getting closer to creating a wardrobe mix that integrates what works best for my body with the basic stylistic elements that have always appealed to me (clean, simple, natural, chic). That accord between body and head seems to be an essential component of bien dans sa peau, without which “ageing gracefully” is next to impossible. As someone who has always felt pulled in conflicting directions style-wise, and has been (probably unduly) influenced by others’ style pronouncements, having more of these “click” moments where what I’m wearing feels Just Right is like a balm on my psyche.
What about you? How do you incorporate what appeals to you aesthetically with what works best for your body type? Has the formula changed as you’ve matured?
~
All original content property of https://unefemmenet.wpengine.com