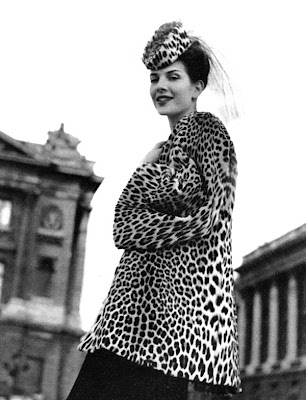 I’m still on a hunt for that perfect leopard print coat (faux, bien sur!). I bought one on ebay last year which turned out to be WAY too large, and not of a nice enough material to warrant altering. I’ve stumbled across a few in a range of price points, but my coat still eludes me. When it comes to leopard prints, sometimes there’s not a lot of breathing room between outspoken-but-classic and brash-and-vulgar, and alas, most of what I’ve seen resides on the wrong side of that divide.

Some of what’s out there right now… 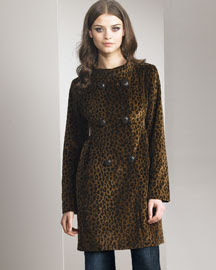 Nanette Lepore, in velvet, $635. I’d be tempted if it were single- rather than double-breasted. 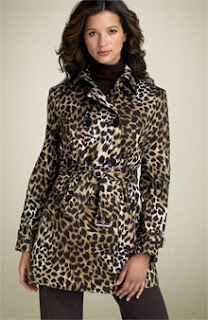 Michael Kors, $158. Many of Mr. Kors’ designs lean rather too far into garish, LookAtME! territory for my taste, and this jacket is no exception. 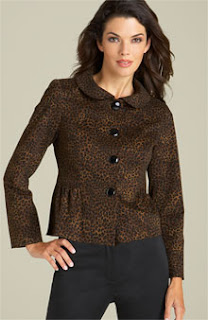 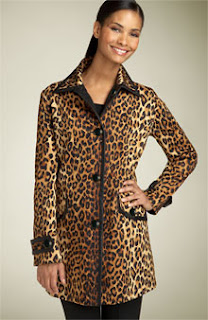 Jones New York Signature (reversible) $169. Yowza. I’ve seen this one up close. Once was enough. The print itself is alright, but the fabric and faux-leather detailing are beyond tacky. 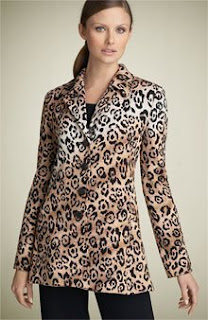 But thanks to reader Dana, I now have my eye on this one: Also, I’ve noticed that many retailers seem to use the words “Leopard” and “Cheetah” interchangeably. But they do have different spot patterns. Here’s your Zoology lesson for today: 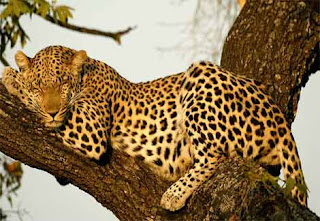 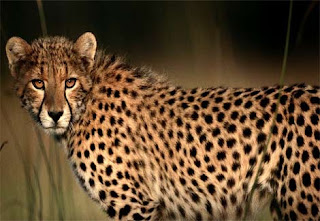